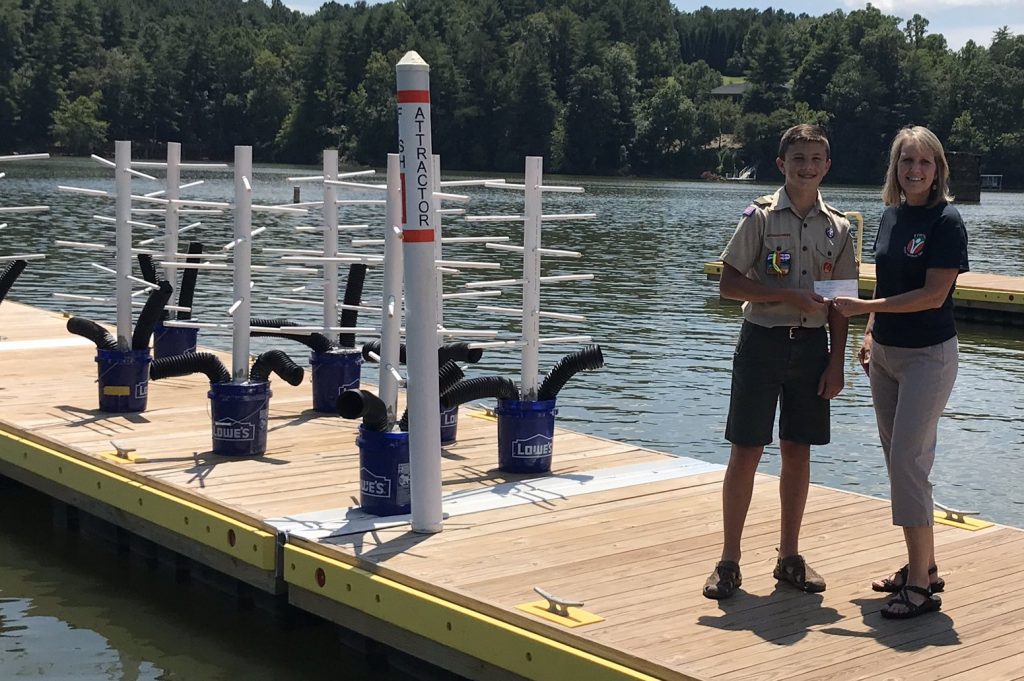 Thanks to Ben Mast and his Eagle Scout Project, fishing around Valdese Lakeside Park is going to be better.

Chris Wood, Fisheries Biologist with NCWRC, was the speaker at Catawba River Wildlife Coalition‘s first meeting in November 2018.  His topic was “How NCWRC Manages Fish, Aquatic Animals & Water Access” and he mentioned a great project for the group would be fish attractors (a man made habitat for fish).

When Ben Mast attended CRWC’s second meeting and asked about working together on a project – talk of fish attractors was first on the list. 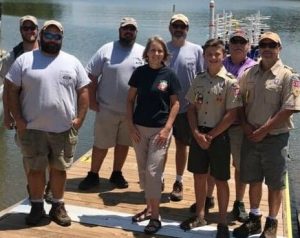 Many people and organizations were involved with the project. Ben designed and built 8 fish attractors with the help of fellow his scouts. CRWC and Friends of the Valdese Rec provided the funding for the materials. Chris Wood and NCWRC provided the guidance of where the attractors would be placed and managed the deployment. Ben is with Scout Troop 202 in Valdese under the leadership of David Hathcock.

Where are the 2 attractor locations? 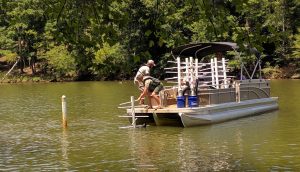 1) About 0.4 mile along the Valdese Lakeside Park Greenway,  between the Kellex picnic area and the Fox Den, there had been an attractor location and 3 of Ben’s were added here.

2) At the Kellex Seating Picnic Area, 5 fish attractors were added and named in the system “Ben’s Buoy.”

To locate other attractors on Lake Rhodhiss, see the Fish Attractor Map. This map has not been updated with the new location.

What an amazing Eagle Scout project!! Ben is the son of John and Kristy Mast of Drexel and attends East Burke High School.