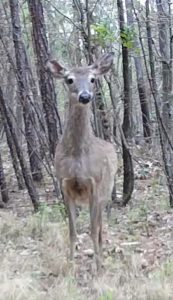 Thanks to Ruth Fletcher Gage and Zakk Heile, we are getting a closer look at the wildlife at Valdese Lakeside Park. After Beth Heile commented that she could not get a picture of the otters at the park, Ruth suggested a wildlife camera and that she would fund it. Zakk is in charge of camera operations – camera use, set up, pulling video and pictures. 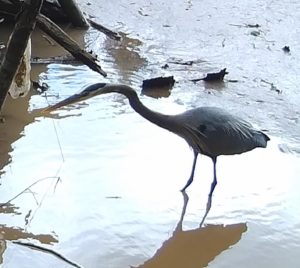 Several pictures of deer (even 5 at once) have been captured. The picture on the left of the deer is from a video of the deer seemingly checking out the camera.

The video of the Great Blue Heron eating a fish in the cove is incredible. 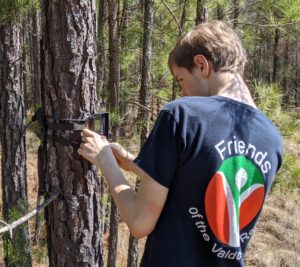 The camera was setup in an area beavers had been cutting down trees. Unfortunately, we were not able to catch them in the act.

A bunny hopping in the woods did make its debut just in time for Easter! video 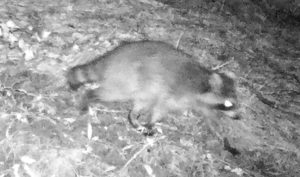