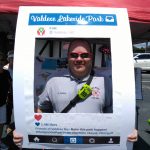 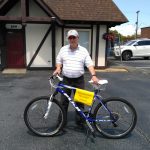 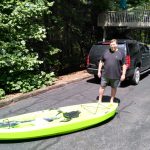 The first ticket drawn went to Steve Kiddy. As the first ticket, he had his choice of any of the 3 items and selected the gift card combo.

Bud Sweezy’s ticket was the second drawn and he wanted the mountain bike – which was his dream prize.

The last ticket was that of Gene Tucker and he received the kayak. FVR members delivered the kayak to his home.

Thank you to all those who purchase a raffle ticket (or several) this summer.