Our inaugural 5 and 10K trail runs at Valdese Lakeside Park were a success. $1000 was raised for amenities at the park – and even though the Dollar for Dollar match challenge from a donor had expired – it was extended for the race – giving an extra $1000 to park amenities. 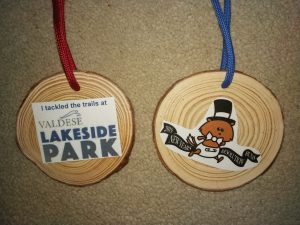 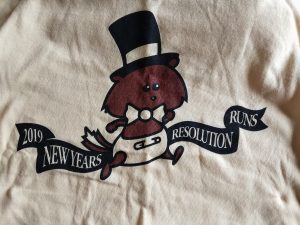 Instead of metal medals, we used homemade log slices.

Chipmunk was the critter this year – it will be different next year.

Next year is already being planned – Wednesday, January 1 at 9:00 am. 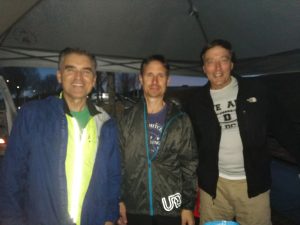